Sichuan, formerly romanized as Szechuan, is a province in southwest China occupying most of the Sichuan Basin between the Himalayas on the west, the Daba Mountains in the north, and the Yungui Plateau to the east. Sichuan’s capital city is Chengdu.

Jiuzhaigou is a nature reserve and national park located in the north of Sichuan province, China. Jiuzhaigou Valley is part of the Min Mountains on the edge of the Tibetan Plateau and stretches over 72,000 hectares (180,000 acres). It is known for its many multi-level waterfalls, colorful lakes, and snow-capped peaks. Its elevation ranges from 2,000 to 4,500 metres (6,600 to 14,800 ft). Jiuzhaigou Valley was inscribed by UNESCO as a World Heritage Site in 1992 and a World Biosphere Reserve in 1997. It belongs to the category V (Protected Landscape) in the IUCN system of protected area categorization.

The Leshan Giant Buddha is a 71-metre (233 ft) tall stone statue, built between 713 and 803 (during the Tang Dynasty), depicting Maitreya. It is carved out of a cliff face that lies at the confluence of the Minjiang, Dadu and Qingyi rivers in the southern part of Sichuan province in China, near the city of Leshan. The stone sculpture faces Mount Emei, with the rivers flowing below his feet. It is the largest stone Buddha in the world and it is by far the tallest pre-modern statue in the world.
The Mount Emei Scenic Area, including Leshan Giant Buddha Scenic Area has been listed as a UNESCO World Heritage Site since 1996.

The Dazu Rock Carvings are a series of Chinese religious sculptures and carvings, dating back as far as the 7th century AD, depicting and influenced by Buddhist, Confucian and Taoist beliefs. Some are in rock-cut cave shrines, in the usual Chinese Buddhist style, but many others are rock reliefs carved into the open rock faces.
The earliest carvings were begun in 650 AD during the early Tang dynasty, but the main period of their creation began in the late 9th century, when Wei Junjing, Prefect of Changzhou, pioneered the carvings on Mount Beishan, and his example was followed after the collapse of the Tang dynasty by local and gentry, monks and nuns, and ordinary people during the Five Dynasties and Ten Kingdoms period (907-65). In the 12th century, during the Song dynasty, a Buddhist monk named Zhao Zhifeng began work on the elaborate sculptures and carvings on Mount Baoding, dedicating 70 years of his life to the project.
Off limits to visitors for many years, the carvings were opened to Chinese travellers in 1961 and foreign visitors in 1980. Until 1975, there was only a muddy path between the town of Dazu and the main cluster of carvings. The isolation helped keep the art unharmed during the massive anti-religious vandalism of the Cultural Revolution.

Mount Emei is a mountain in Sichuan Province, China, and is one of the Four Sacred Buddhist Mountains of China. Mt. Emei sits at the western rim of the Sichuan Basin. The mountains west of it are known as Daxiangling. A large surrounding area of countryside is geologically known as the Permian Emeishan Large Igneous Province, a large igneous province generated by the Emeishan Traps volcanic eruptions during the Permian Period. At 3,099 metres (10,167 ft), Mt. Emei is the highest of the Four Sacred Buddhist Mountains of China.
Administratively, Mt. Emei is located near the county-level city of the same name (Emeishan City), which is in turn part of the prefecture-level city of Leshan. It was made a UNESCO World Heritage Site in 1996.

The Dujiangyan irrigation system was originally constructed around 256 BC by the State of Qin as a water conservation and flood control project. The system’s infrastructure is located on the Min River (Sichuan), which is the longest tributary of the Yangtze, in Sichuan, China. The area is situated in the western portion of the Chengdu flat lands at the confluence between the Sichuan basin and the Qinghai-Tibet plateau. Originally the Minjiang rushed down from the Min Mountains, but slowed abruptly after reaching the Chengdu Plains, causing the watercourse to fill up with silt, making the surrounding area extremely prone to flooding. Li Bing, then governor of Shu for the state of Qin, and his son headed the construction of the Dujiangyan, which harnessed the river using a new method of channeling and dividing the water rather than simply following the old way of dam building. It is still in use today to irrigate over 5,300 square kilometers of land in the region. The Dujiangyan along with the Zhengguo Canal in Shaanxi and the Lingqu Canal in Guangxi are collectively known as the “three great hydraulic engineering projects of the Qin dynasty.”

Mount Qingcheng is a famous Taoist mountain because it is one of the places where the Taoist religion originated. A Taoist teacher named Zhang came to the mountain and preached during the Eastern Han Dynasty period (25–220). Since then, over the last two millennia, dozens of other temples were built on the mountain.
If you are walking up the mountain, Jianfugong Temple, which is under Zhangren Peak, is a major highlight and the starting point for a tour of the mountain. The temple was first built during the Tang Dynasty, about the year 730 AD, and it has been repaired and rebuilt many times since. Now, only two temples and three courtyards exist. One of the temples has three different areas for Taoist teachers and gods. Yuanyun Pavilion and a clear brook are in front of the temple. Behind it are scenic sights such as Chicheng Rock, Ruquan Spring, Shuixin Pavilion and Dressing Table. There is also a famous couplet about the temple written during the Qing Dynasty that has 394 Chinese characters.
Shangqinggong Temple is one of the most famous Taoist temples, and it sits near the top of Mount Qingcheng. A structure was first built during the Jin Dynasty, while the existing temple was completed during the reign of the Tongzhi Emperor of the Qing Dynasty.

The Sichuan Giant Panda Sanctuaries located in southwest Sichuan province of China, is the home to more than 30% of the world’s highly endangered giant pandas and is among the most important sites for the captive breeding of these pandas. It covers 9245 km2 with seven nature reserves and nine scenic parks in the Qionglai and Jiajin Mountains. Along with the giant panda, the sanctuary is a refuge to other endangered species such as the red panda, the snow leopard, and the clouded leopard. Outside of the tropical rainforests, it is among the botanically richest sites of the world, and is home to between 5,000 and 6,000 species of flora. It has been noted that the region is similar to the paleo-tropic forests of the Tertiary Era. The Sichuan Giant Panda Sanctuaries consist of seven nature reserves and nine scenic parks.

Hailuogou is one of the core scenic spots in Gongga Mountain scenic area. As a national-level nature reserve, it is the only glacier and forest park in China. At the same time, it is a state AAAA-class tourist area and a national geological park.
Hailuogou is the scenic area of lowest elevation in eastern Asia, which is also closest to a big city. It has an ecological integrity of ancient forests. Moreover, boiling, hot, warm and cold springs are one important part of this integrated tourist scenic spot.
Hailuogou Glacier and Forest Park is the main scenic spot in the Gongga Mountain Scenic Area, and is located in the glacial valley on the eastern slope of Gonggashan Mountain within Luding County. It covers a total area of 197 square kilometers and is 52 kilometers away from Luding County and 72 km from Kangding County.

Mount Qingcheng, located in the southwest of the Dujiangyan Irrigation System of China in Sichuan Province, is one of the most famous Taoist mountains in China. It is also a very attractive and intriguing scenic spot that is covered by luxuriant and verdant trees. The mountain, which is surrounded by numerous peaks and is shaped like a city, is dubbed ‘the most peaceful and secluded mountain under heaven’ and combines perfectly with its evergreen scenery.
The Mount Qingcheng can be divided into two parts – the anterior part and the posterior part. The anterior part is the main part of the scenic spot, covering an area approximately 15 square kilometers (about 3706 acres) that possesses alluring natural beauty and an abundance of cultural relics and historic sites. Among them, the Jianfu Palace, the Shangqing Palace, and the Tianshi Cave are some of the most famous destinations which you are bound to be engrossed by.
Looking up at Mt. Qingcheng from its foot, you will see that Laojun Pavilion is located on the highest peak, which is known as Pengzu Peak, it is also called Laoxiao Peak, which has an elevation of over 1,260 meters (4,134 feet).
As you begin to climb up Mt. Qingcheng you will discover the Jianfu Palace, which was originally constructed in the Tang Dynasty (618-907) and was restored on several other occasions through the years. Now, two temples and three compounds also exist here, surrounded by lush ancient vegetation. In front of the Jianfu Palace, a lucid stream winds its way, adding more beauty to the whole environment. Going west for one kilometer (about 0.6 mile), visitors will suddenly be presented with a wooden pavilion that protrudes between a profusion of trees and steep rocks. As a result, most of visitors will have misconception impressions that they are in a large natural painting. 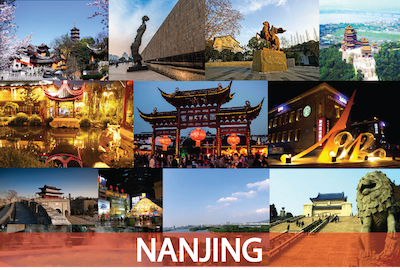 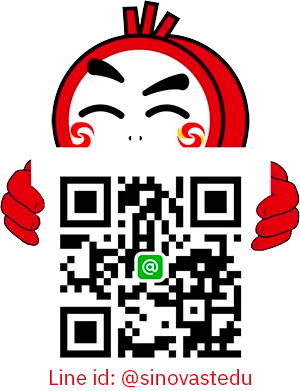